In 2020, W+K Amsterdam Art Director Cecilia Pignocchi started research on the marine caves of Ancona, her hometown. Nestled among the cliffs of Italy’s Adriatic coast lies a series of man-made caves (Grotti), carved over generations by a group of fishermen known as the ‘Grottaroli’. Every morning, a remaining handful of them, now in their 70s and 80s, descend steep paths to their caves to continue their craft. There, the sound of the waves becomes one with the ticking of time, as the last of the Grottaroli reflect on their love for the sea.

This short film she created together with Arthur Couvat, features four characters, representative of the four main beaches where the caves are located. With her father, Cecilia looked for the cast during the winter, the season during which most of the caves are closed. It was during those cold wintry days that they found the two last professional fishermen, and other passionate men who descend the steep paths everyday.

Premiered at Tribeca Film Festival, we caught up with Cecilia to find out how the film came to life. 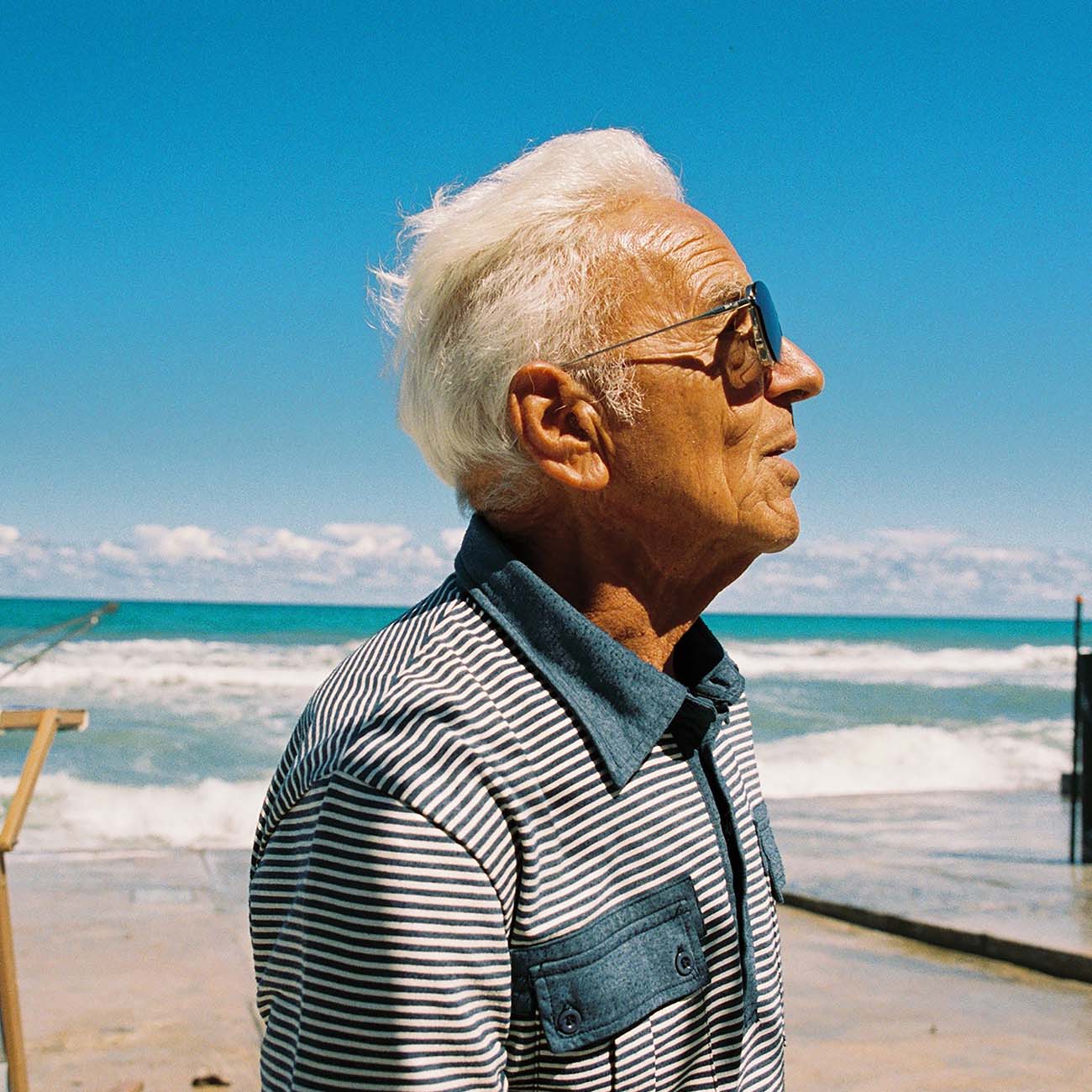 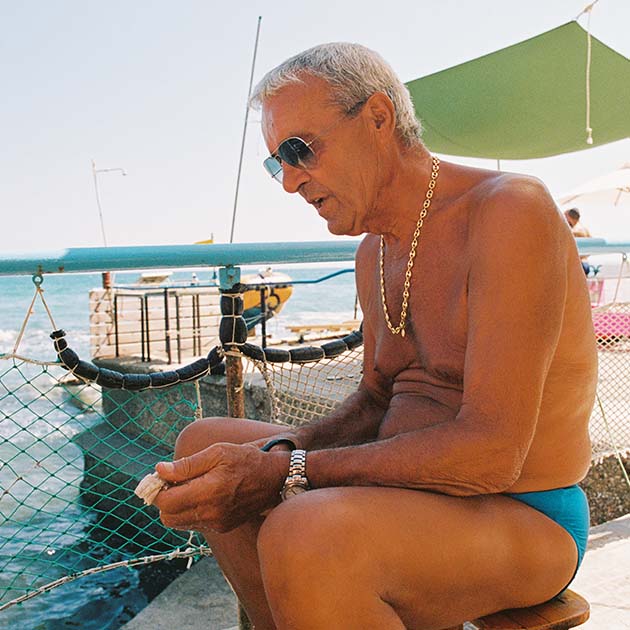 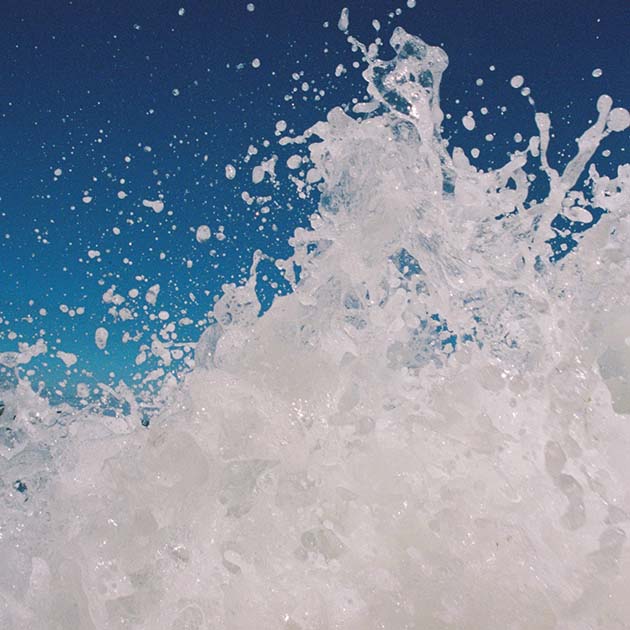 We wanted to portray the real Grottaroli, the old generation, the men who come here all year round, no matter what the weather conditions are. - Cecilia Pignocchi

1. How did you know about these fishermen?

I grew up in Ancona, a small Italian city located on a cliff that dives into the Adriatic sea. I lived  five minutes walk from the marine caves that have been carved by generations of fishermen, locally known as the Grottaroli.

2. What made these fishermen worth observing? When was the moment you knew this would be a subject of interest?

I only realized how unique this place and these men were, when I moved away. Living far from the sea and from my culture allowed me to see my hometown in a different light. Every time I would return home, I would see the caves as a movie set. The blue sea, the caves’ old wooden gates, the grottaroli with their old tanned skin and golden chains.

The Grottaroli, (from grotta = cave, cave people) looked like actors, characters with a strong heritage and they represented a last bridge with the past. These men experienced the caves at a time of craftsmanship and old fishermen, a time when the sea was still full of fishes. We quickly realized that there was a film to be made about these people, their way of living in this landscape and their strong relationship with the sea. There was an urge to create a portrait of a place that’s changing.

3. How did you and Arthur teamup?

After doing some research and site visits with my father, I involved my long time friend and cinematographer Arthur Couvat. I showed him pictures of the caves and their inhabitants and he immediately loved the idea of making a short about this place. From then on we started our journey of producing this short film together. It has been a true labor of love, the project has been completely self funded by us, the directors, with very little budget.

4. Based on the trailer, we see the sea as an equal protagonist, why is that?

The sea is the reason why the caves exist and it’s the thread that connects our four characters, so it’s definitely the protagonist of the story.

5. There are traditions that remain intertwined with our culture and are at risk of being lost. Based on the age of these men, is there a generational relief for them to pass that knowledge? How do they feel about this?

Nowadays the new generation of cave owners go to the caves only in summer, and in winter they get the help of construction companies to repair all the damages made by the storms. All the Grottaroli we spoke to said that after them, “this place will never be the same.” We don’t think our film will save a fading culture, but hopefully it will generate positive discussions on how to best preserve this anthropological, cultural and environmental heritage.

6. How did these men react to you two wanting to film them? Were they engaged from the beginning?

They were happy to be part of this project, but I don’t think they were expecting this result. They said it was beyond their expectations. The cast was amazing and curious, not really knowing how to deal with a huge camera filming their everyday life.

We started shooting with the idea of making an intimate and genuine portrait of a normal day in the caves trying to be almost invisible with our camera. Our main goal was to capture and grasp the reality of their lives facing the sea.

7. What were your biggest challenges when shooting this short film?

We had this idea and we were ready to go and shoot it then… Covid happened. Since the story was based on four characters in their 70s and 80s, we were very concerned whether we could ever shoot it. So we kept waiting until it felt safer and we shot it in August 2020. Sadly, in July, one month before the shoot, one cast member passed away. His grandfather’s grandfather was one of the first pioneers who opened the caves around 1850.

8. We see potential in following up with these lives. Is this something you consider doing in the future?

I haven’t thought about filming the future of this place. For sure in a few years it will be very different. What mattered to me was to preserve on film an era that is ending.

9. How has the reception of this film been locally and globally? Has the feedback been different from its protagonists and the general audience?

People from Ancona were very happy about it. Seeing this place portrayed in this poetic way has made them proud of the place they come from. It has also highlighted something so special that locals take for granted.

I remember in February Sharon Badal, Vice President Filmmaker Relations and Shorts Programming of Tribeca, called us to announce the selection of our film. She complimented us saying “how such a beautiful film transported and enthralled” them. The film had its world premiere in NY in June 2021 at the Tribeca Film festival. Unfortunately Arthur and I weren’t able to go due to travel restrictions.

10. What did you discover as a creative while shooting this film?

I realized how interested I am in documentary film-making. A beautiful form of art that allows you to express your view on the world, portraying reality as poetry. With this project I realized that what Werner Herzog says is very true. “You only need a good story and guts to make a film, the sense that it absolutely has to be made…don’t wait for the system to finance such things.” 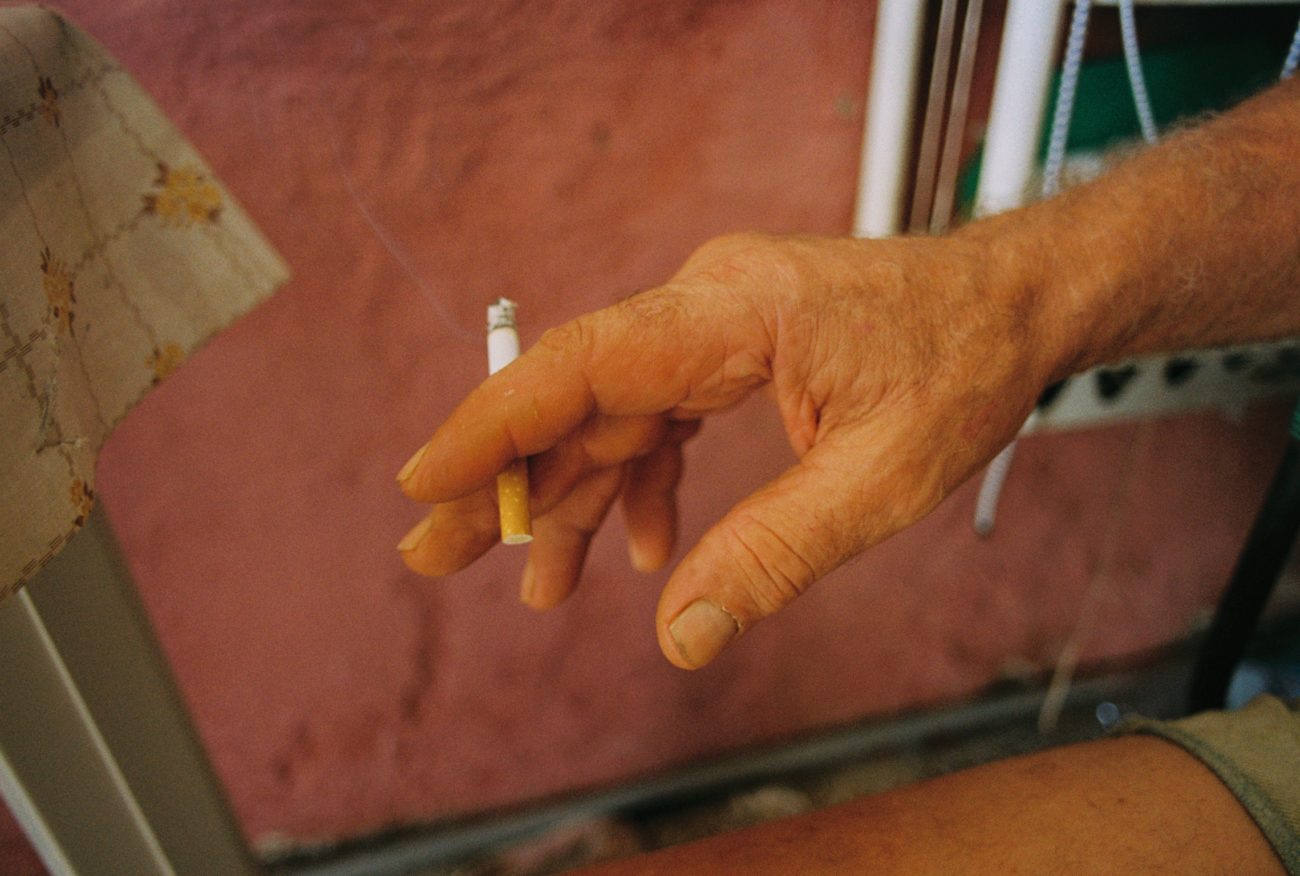 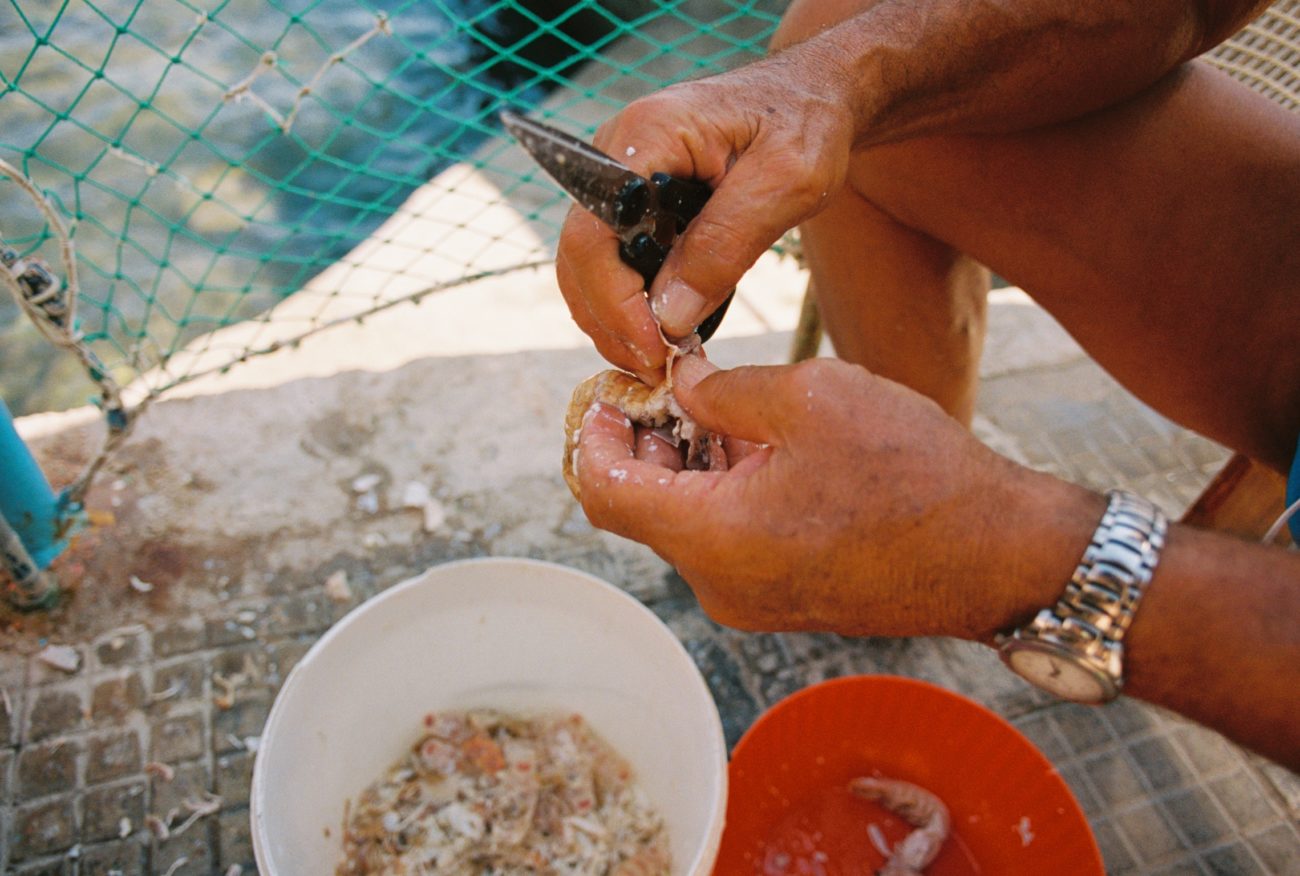 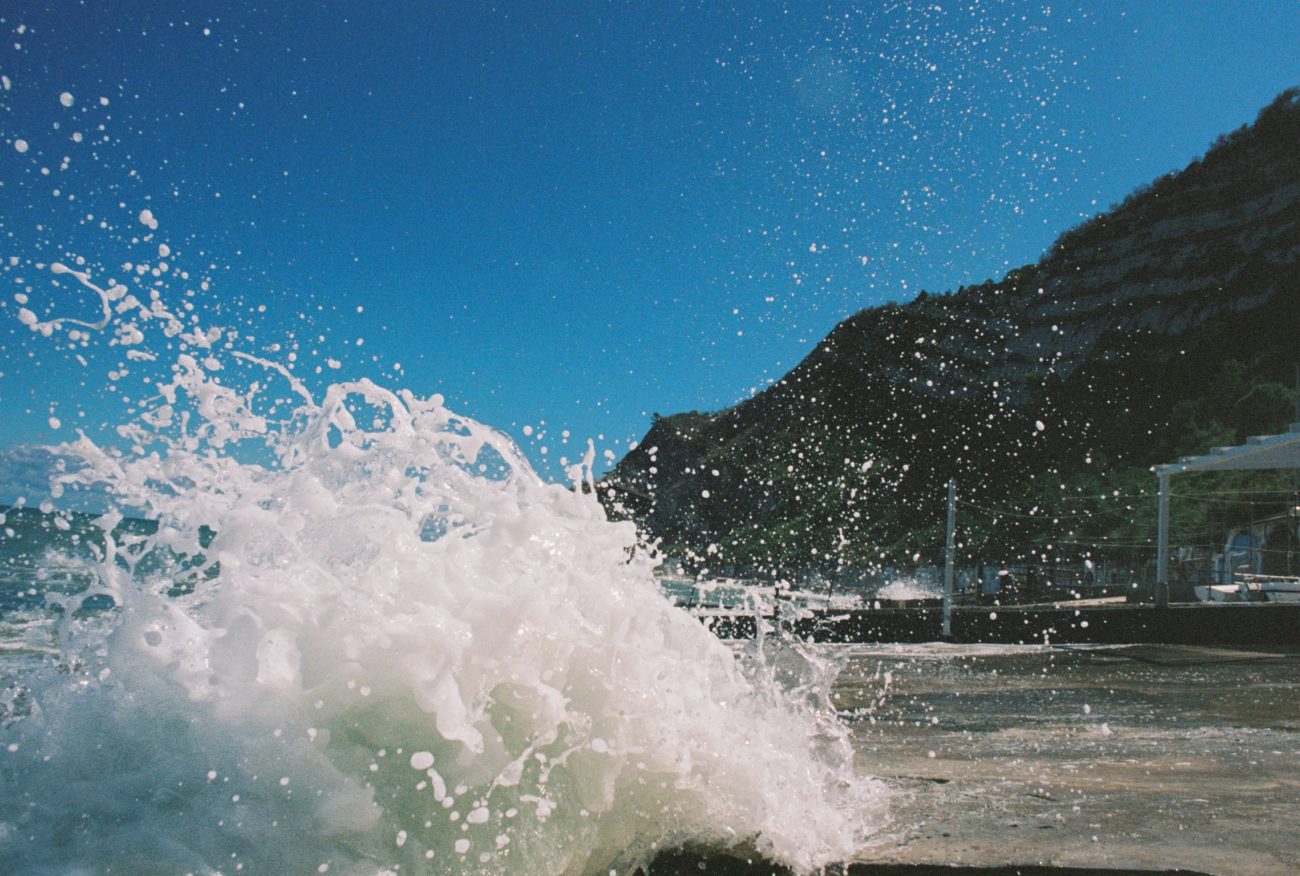 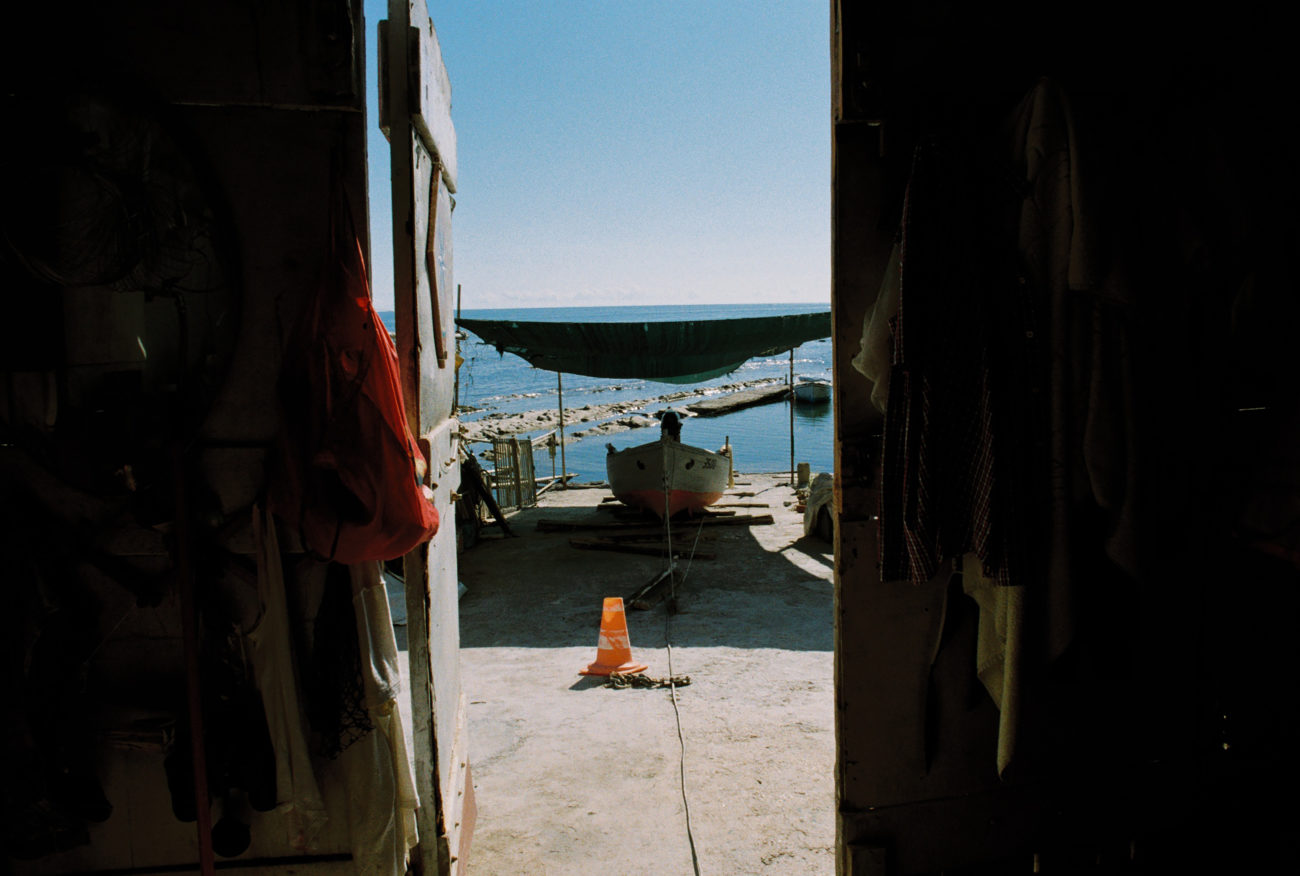 A huge thank you to all the people who supported us on the way: my dad @pignocchimarco who helped with casting and local production, @samashwell who did the sound design, @emisanxx who helped with music supervision and @camalotamsterdam who provided us the camera equipment.

“Grottaroli” was produced & directed with @arthurcouvat, and premiered at @tribeca in June 2021 in NYC. Watch the full film here.