In 2020 many retailers were closed across the world due to COVID-19, and because of the lack of usual pedestrian footfall, boarded up shop front windows became a common sight. We worked with Montblanc to use its position in the once busy city centres to speak directly to the people who were still outside; essential workers and first responders, with handwritten messages of support and gratitude.

Montblanc has always prided itself with giving a voice to those who wish to express themselves through the written word – handwriting and the power that comes with it, is deeply rooted in the brand’s origins.

With that in mind, we reached out to local Montblanc colleagues and residents in five major key cities across the US and Canada, asking them to put pen to paper and write a message to #ToThoseOutside.

These messages were then printed and placed in the luxury masion’s boutique windows in New York City, San Francisco, Chicago, Vancouver and Toronto.

‘To Those Outside’ highlights the power of putting pen to paper to reflect, express feelings and connect with others in a meaningful way. Each handwritten note is a heartfelt reminder of the appreciation for the exceptional people who were only outside for the good of those inside, from ambulance drivers to delivery workers, from nurses to shop workers. 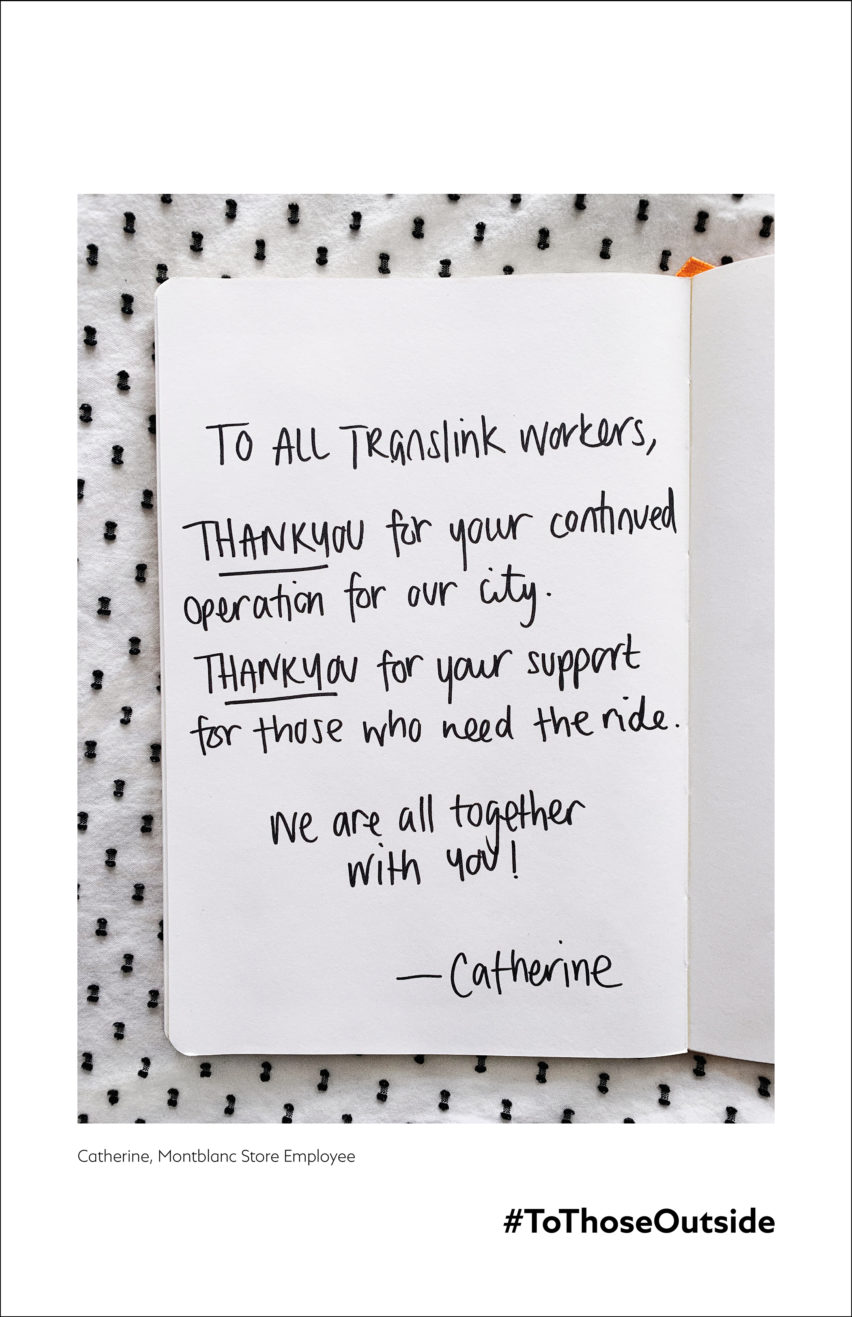 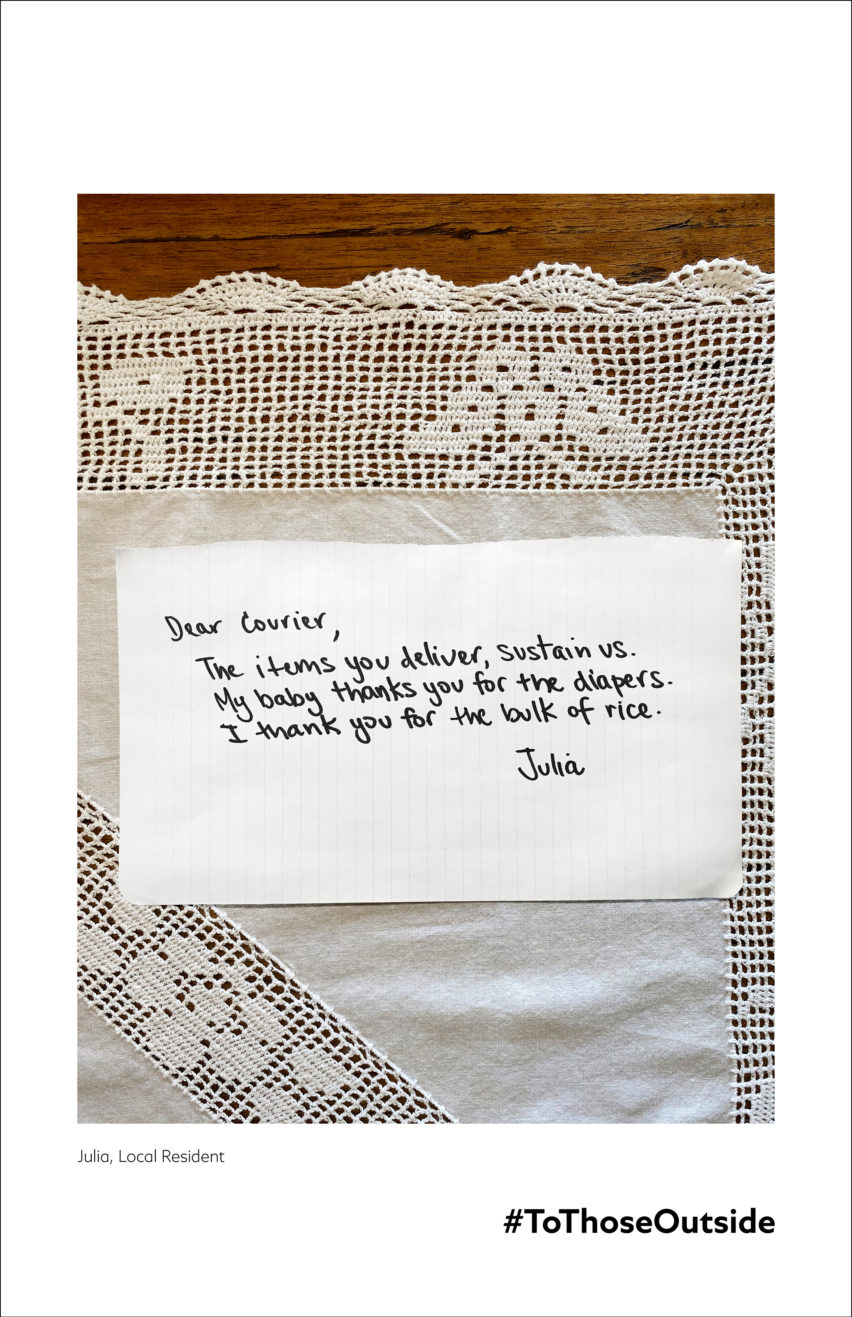 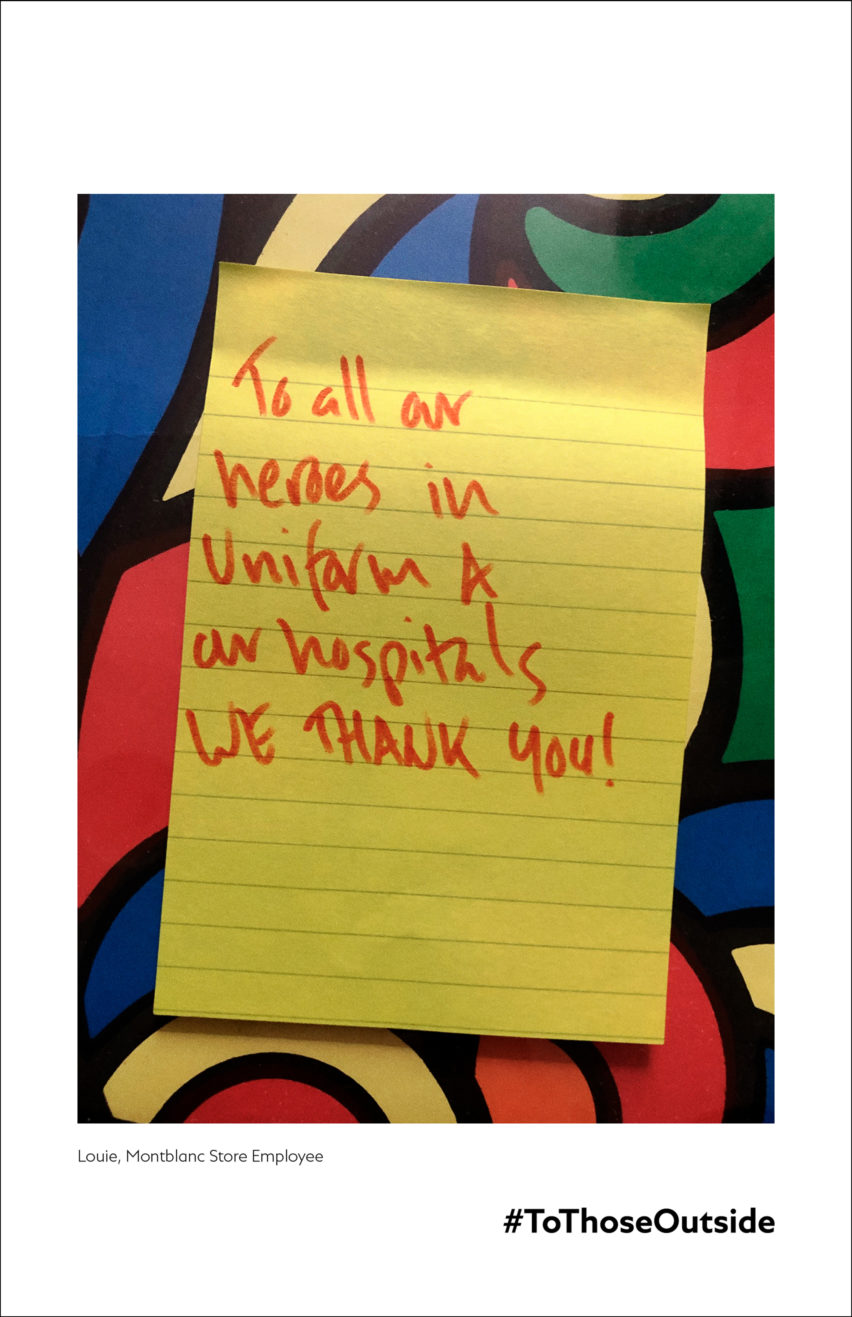 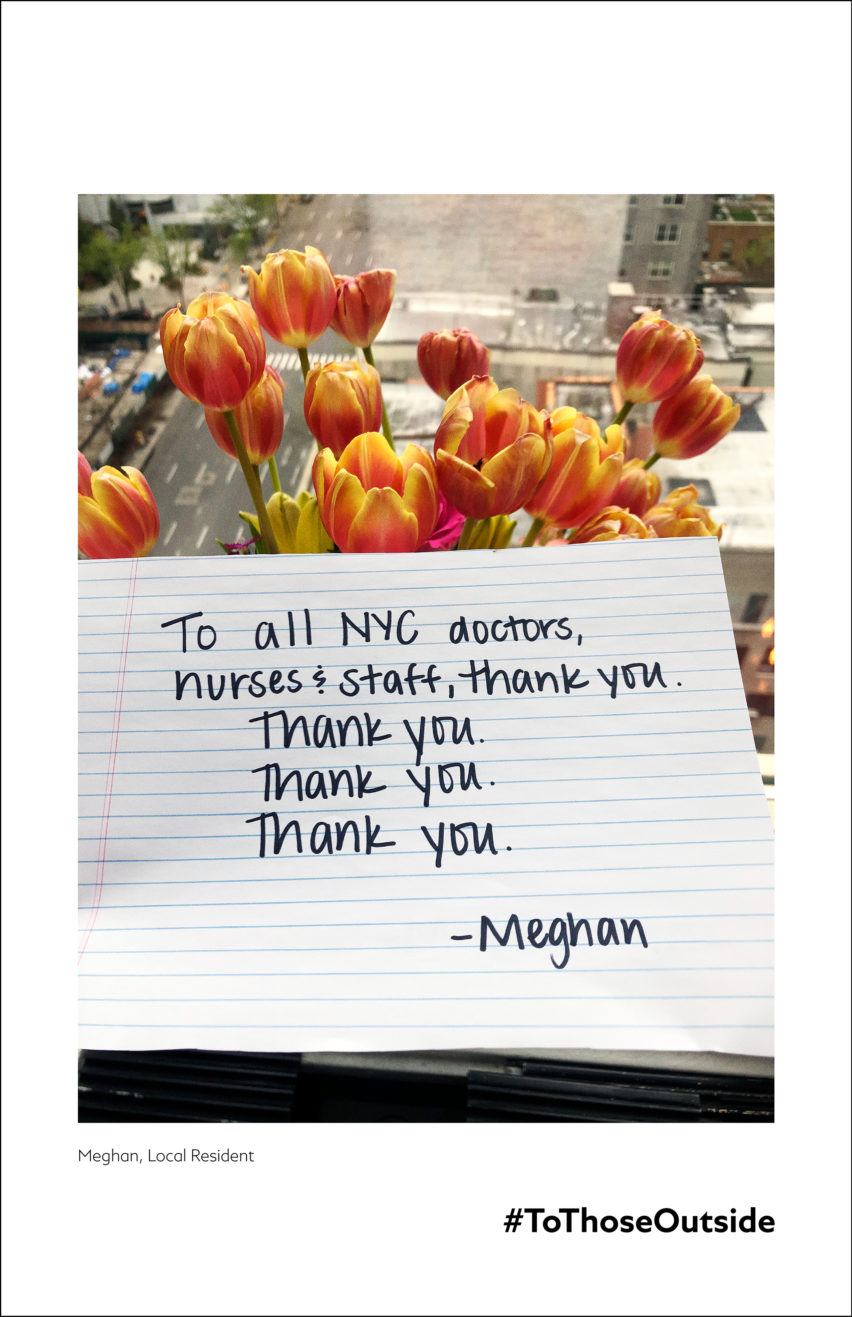 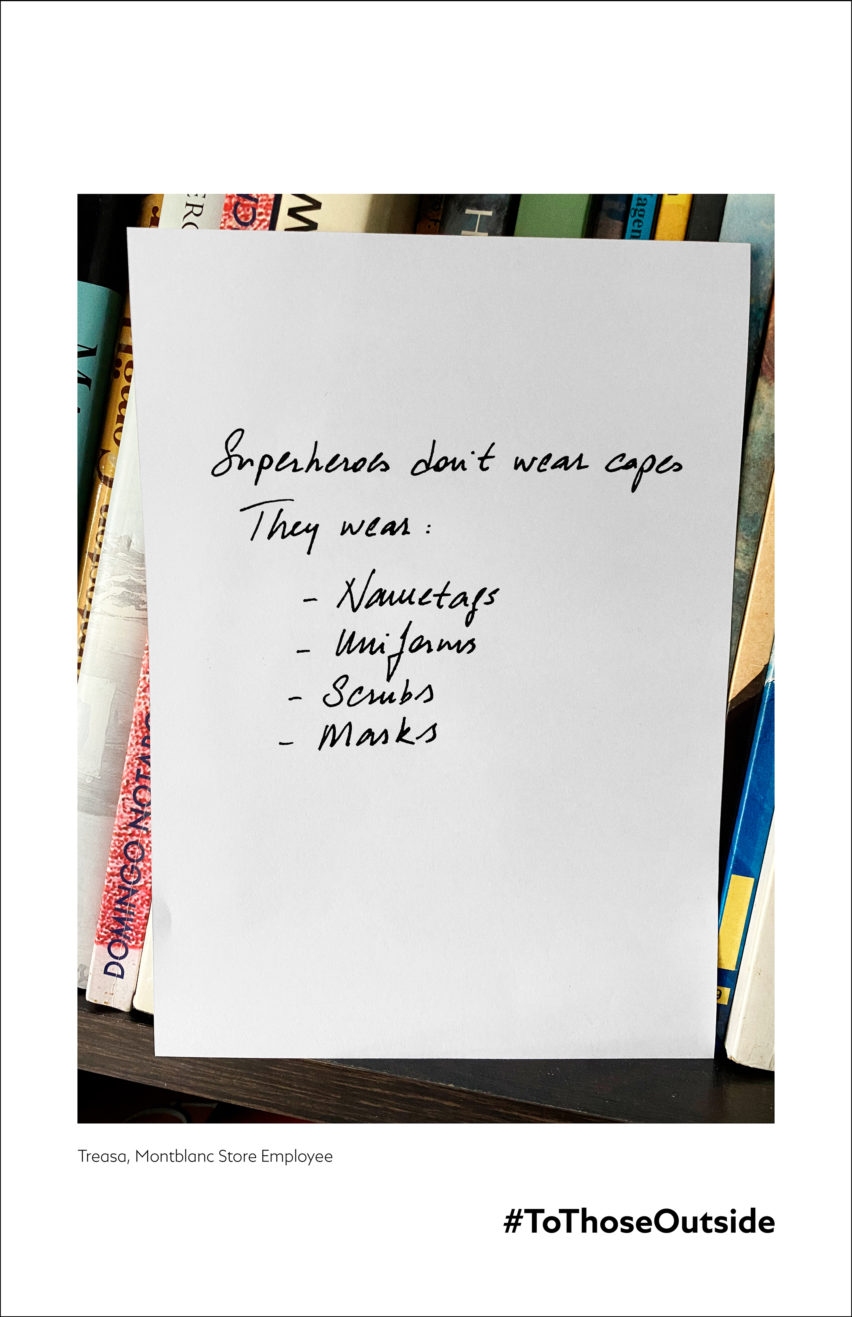 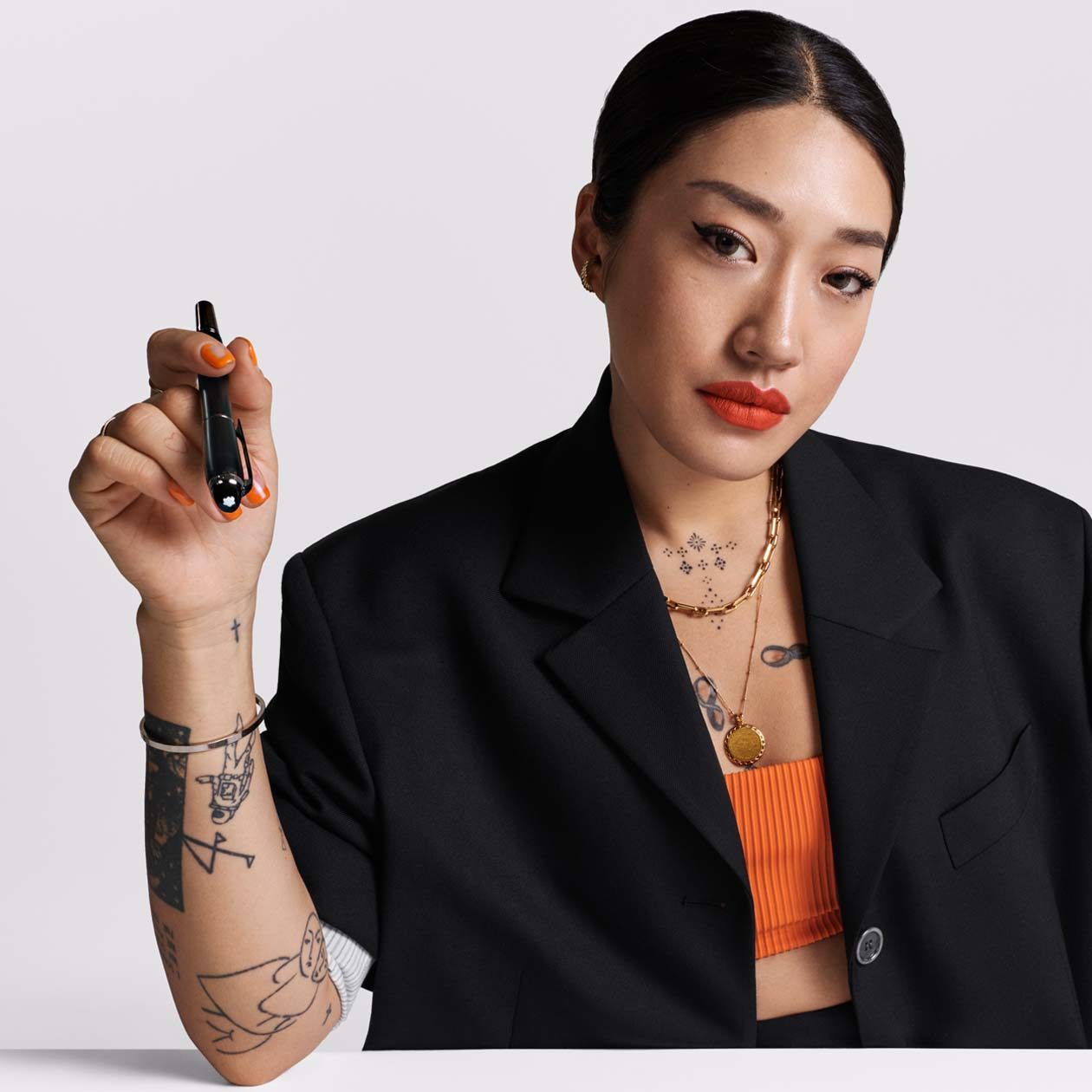