Right To Run
How good can a woman be until "she's too good to be a woman"?

Together with Nike we created an iconic image and statement to support and build awareness around DSD (differences in sexual development) athletes, specifically Caster Semenya, during the 2022 World Athletics Championships, across the UK and South Africa.

Caster Semenya is an incredibly accomplished runner, decorated Olympian and world record holder who, along with other DSD female athletes, has been victim to unfair discrimination and outright bans by several athletic governing bodies. Time and time again these forces have unjustly violated her right to run because she’s “too good” according to their narrow standards for female athletes provoking the question – how good can a woman be until “she’s too good to be a woman”?

Although Caster was qualified to compete in the 2022 World Athletics, she was forced to run in a distance six times longer than the one that she’s famous for.

With this print and social campaign, we saw an opportunity to question limiting gender standards by letting the world know everything that Caster Semenya had to endure just to do what she was born to do – run. 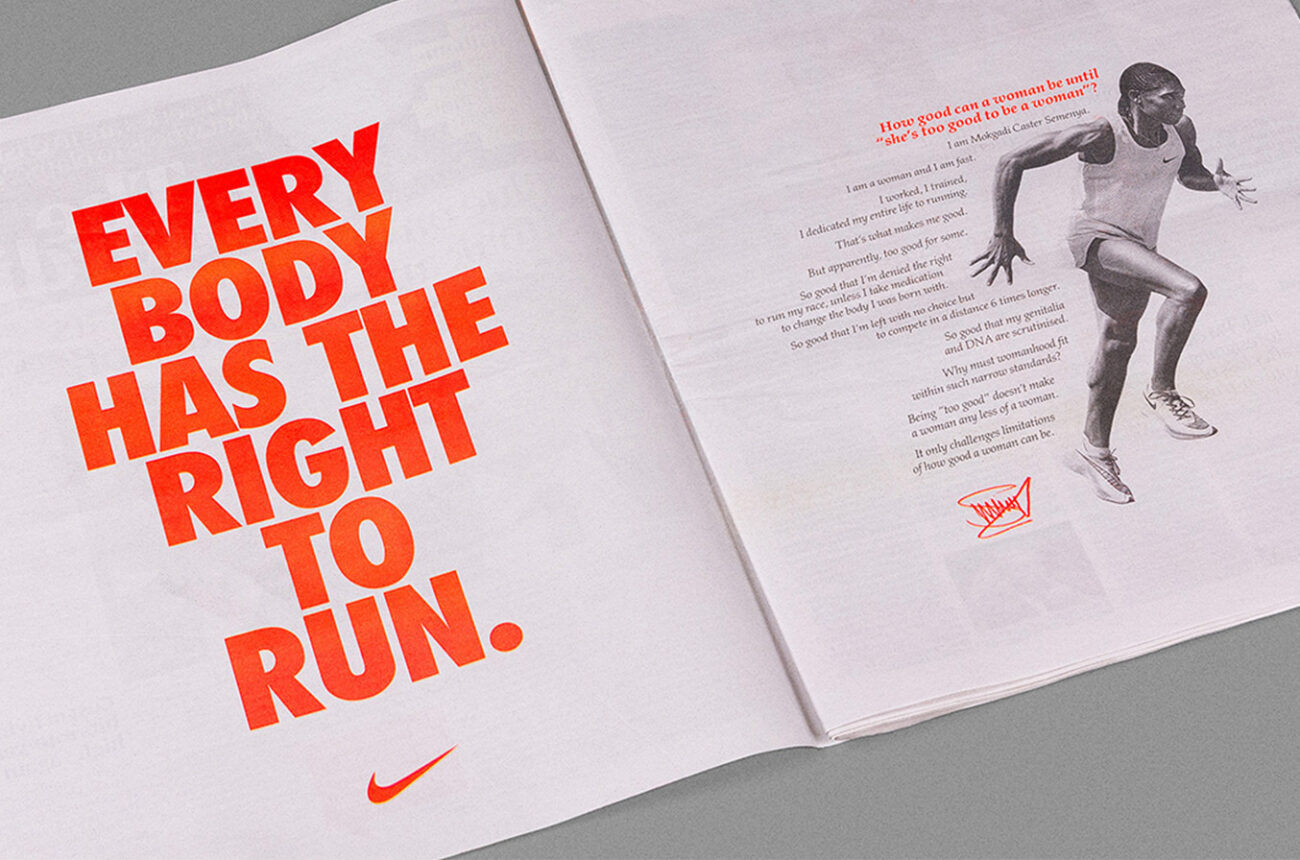 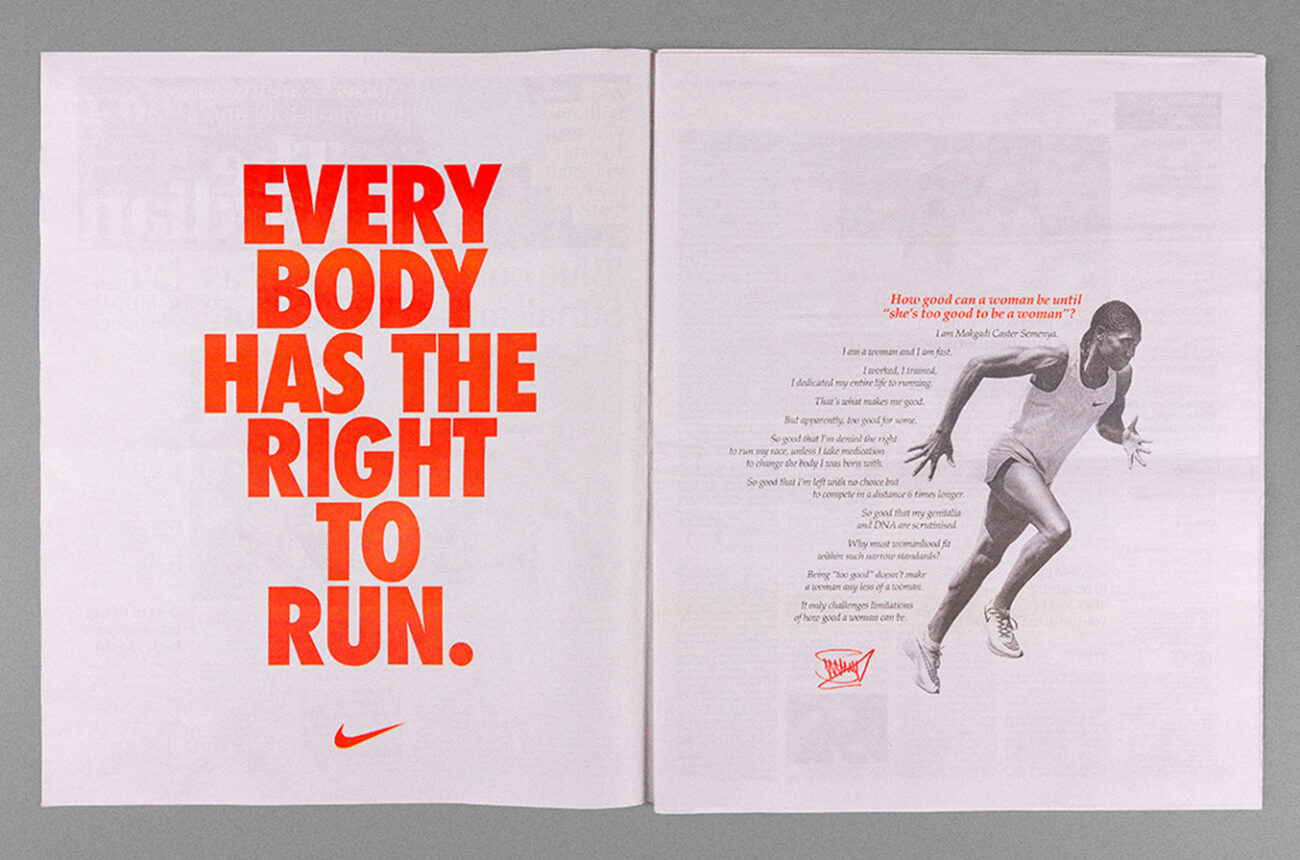 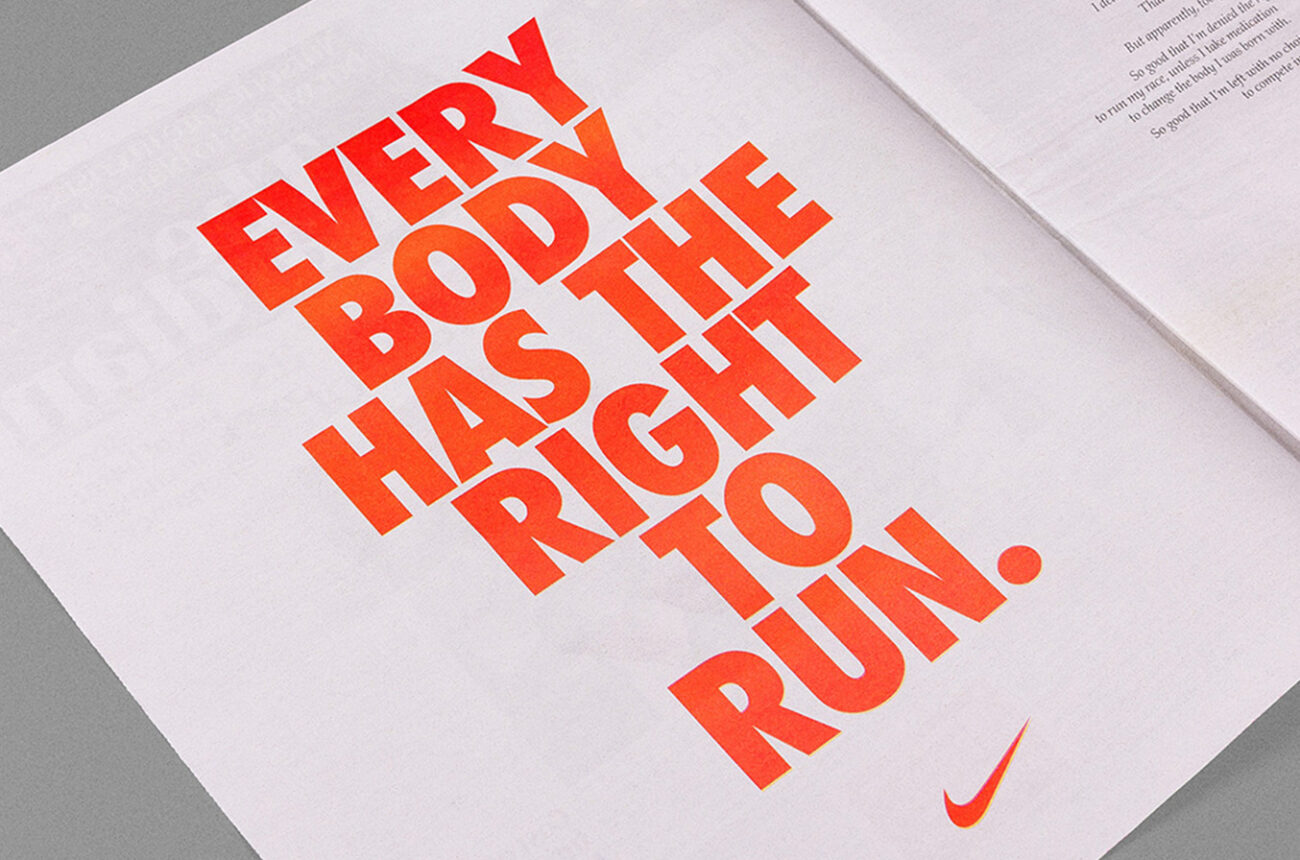 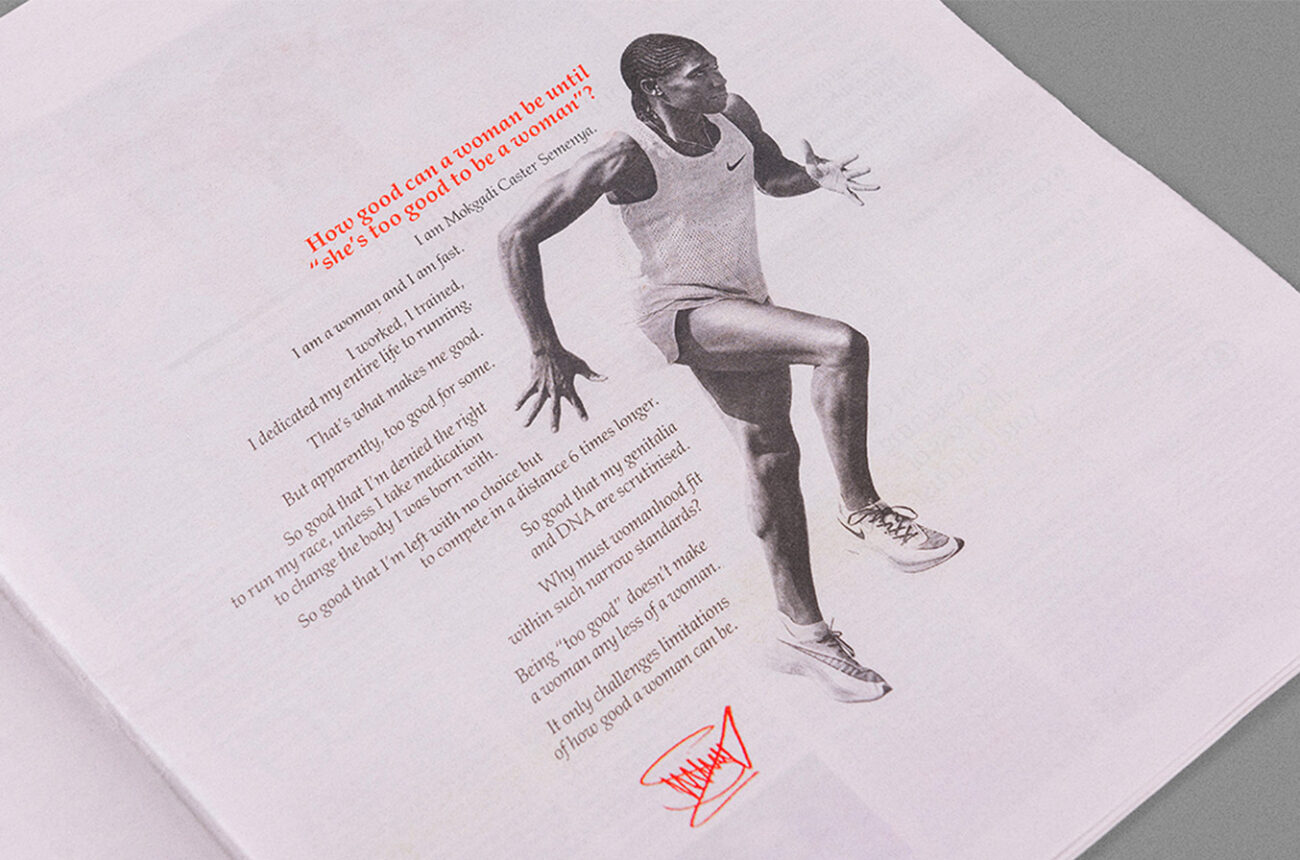 HOW GOOD CAN A WOMAN BE UNTIL “SHE’S TOO GOOD TO BE A WOMAN”?

I am Mokgadi Caster Semenya.

I am a woman and I am fast.

I worked, I trained, I dedicated my whole life to running.

That’s what makes me good.

But apparently, too good for some.

So good that I’m denied the right to run my race, unless I take medication to change the body I was born with.

So good that I’m left with no choice but to compete in a distance 6 times longer.

So good that my genitalia and DNA are scrutinized.

So good that I’m told to take medication to change the body I was born with.

Why must womanhood fit within such narrow standards?

Being “too good” doesn’t make a woman any less of a woman.

It only challenges limitations of how good a woman can be. 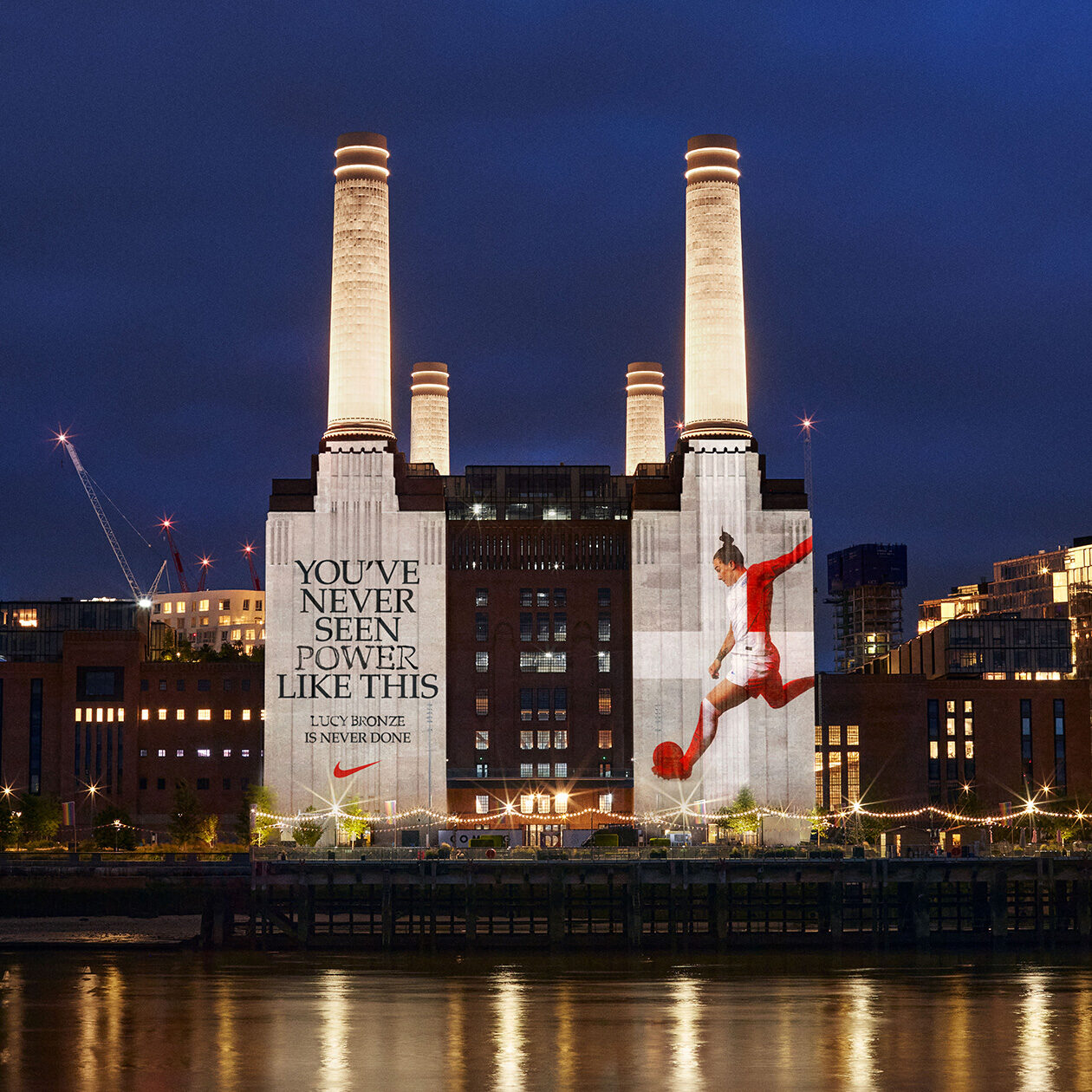 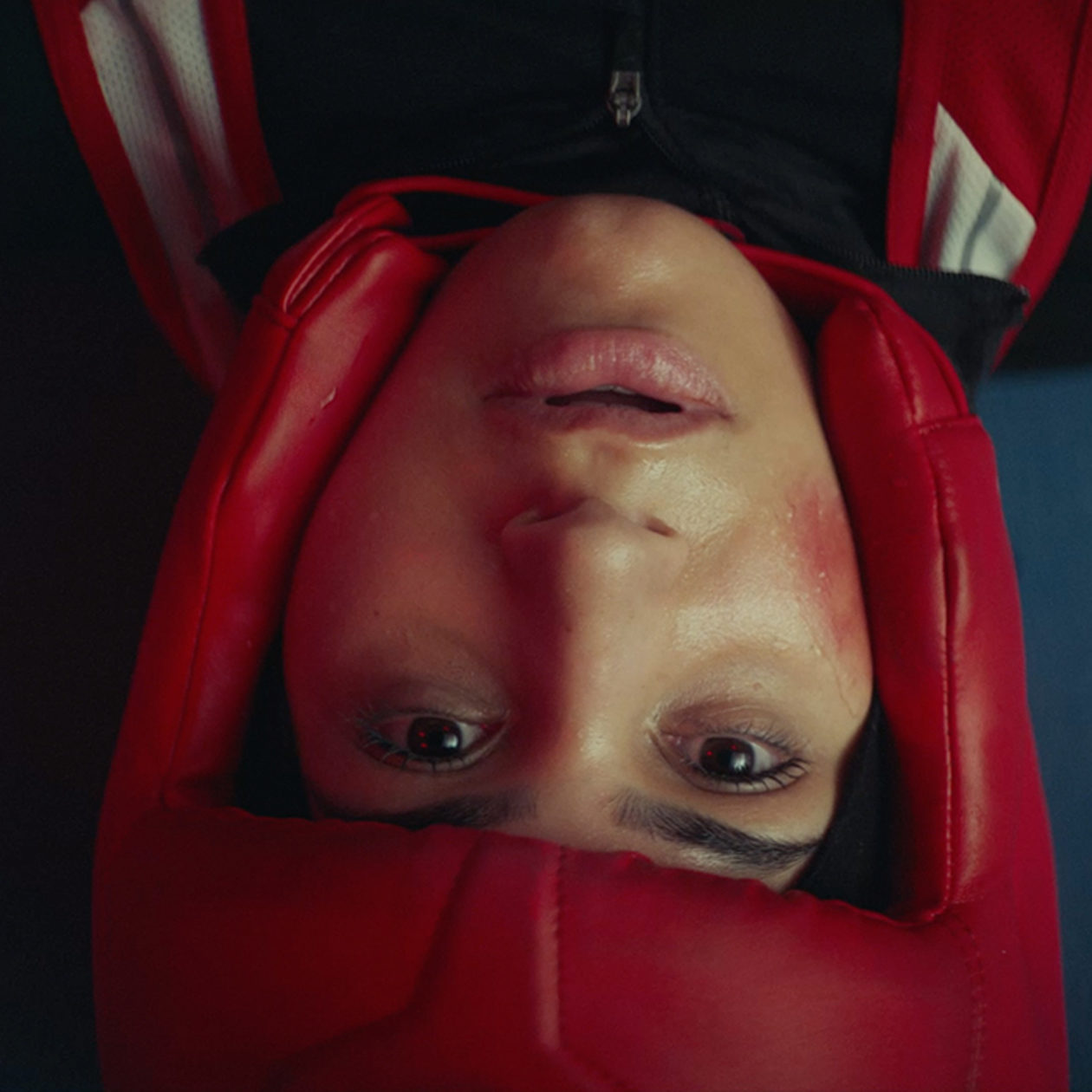