We didn’t want to shout about KFC’s My Buckets – we wanted to sing about them! So, we created a four-man band made from four different Colonels (one for each variety of bucket), called it ‘The Colonels’, and had them warble about their favorite My Bucket in 5 and 10-second TV spots and a 30-second online film.

For Instagram, we used the Stories feature to create a poll-based competition where the public could vote their favorite Colonel into the much-coveted position of Leader of the Band. And the winner was…Drumsticks Colonel on Instagram, and Strips Colonel for VK (Russia’s own social media platform).

To accompany the TV spots and take center stage in the kiosks, we shot portraits of the four Colonels so they could all have their moment of fame. 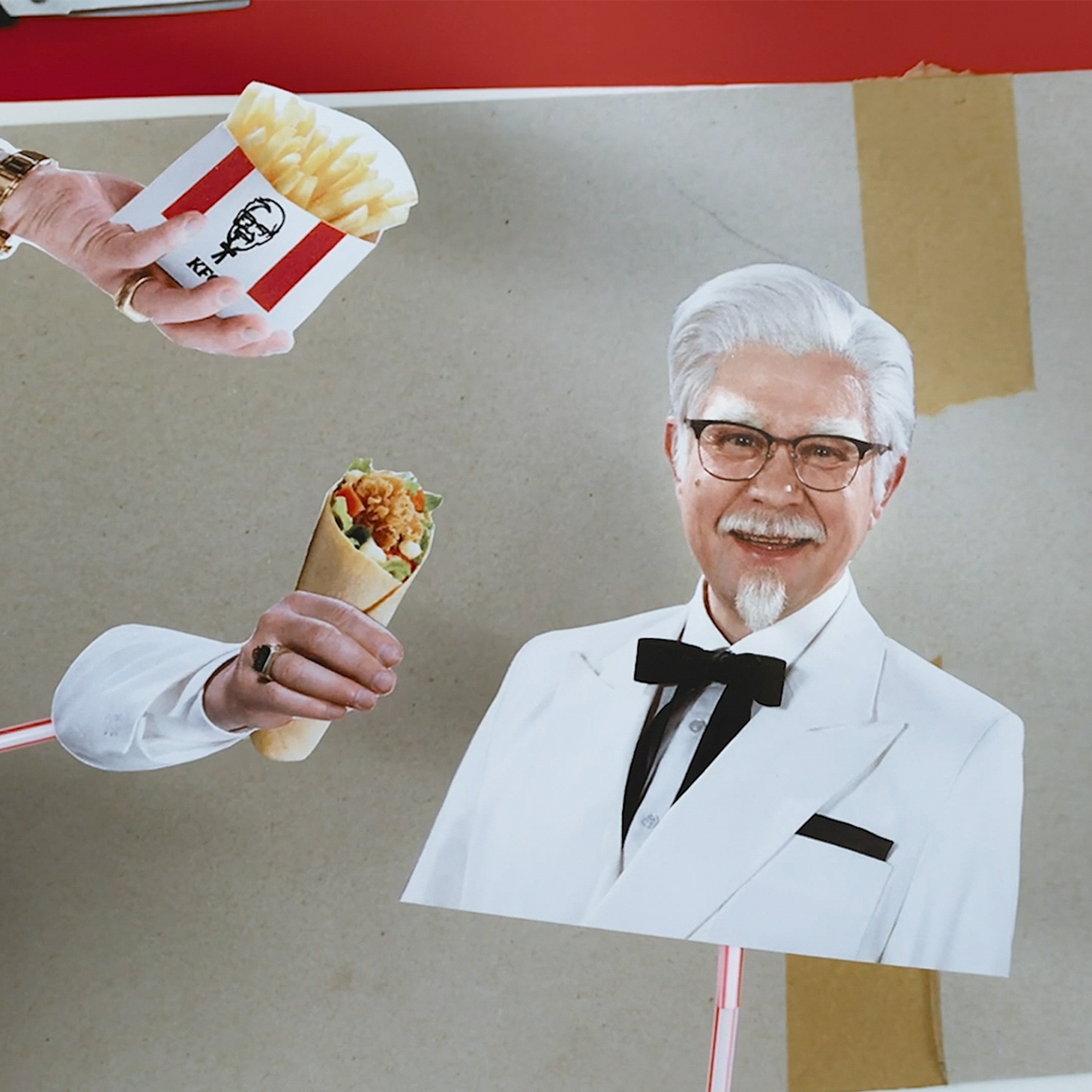